Eleven Questions With NM Fransisco Guadalupe of the Dallas Destiny 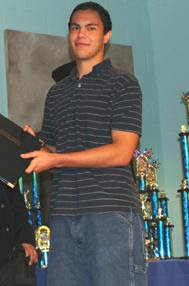 1. You are a last minute replacement for Zorigt. The story of how that happened is available to read on the USCL website, but are there any behind-the-scenes explanations you can share? I have to say I’m surprised Dallas agreed to move the match when it means you will be facing an infinitely stronger Miami team.
From what I understand, Mr. Becerra and Mr. Lugo had already committed to play in another tournament here in Texas. The most likely reason why we agreed to move the date is that it would have been a lopsided match (rating-wise) with their top two players gone (then again, look at week 9 for Miami). In this process, Zorigt was unable to play so I have been chosen to step in.
2. You only played two matches in the regular season. Do you hate John Bartholomew for this?
No, I cannot say that I hate John in any way. Zorigt is a very solid Board 4 player, and with her in the lineup, we are able to play IMs on the other 3 boards. It just happens that I am slightly higher rated and cannot fit into that lineup.
3. You will be facing Luis Barredo next week. What are your expectations for this game? Any thoughts on Barredo as a player, strengths, weaknesses?
Even though I had lived in Florida for the majority of my life and first began chess there, I have never played Mr. Barredo before. My main goal is to come out of the opening in relatively equal game since that has been my main problem lately. From what I can tell from his past games, he is a sharp, tactical player. For this reason, I need to make sure that I do not make any serious tactical mistakes.
4. Any predictions for the top three boards of Miami - Dallas?
I think the most likely scenario would be us achieving 1.5/3 on the top three boards, needing my result to be at least a draw. I like our chances to win this match.
5. Boston won the Eastern finals. If Dallas takes the West, what line up would you expect Bartholomew would field against Boston? How do you estimate Dallas’s chances? Do you expect to be playing?
If we win the West, I would expect our lineup to consist of the usual: Drasko, Davorin, Jacek, and Bayaraa. I would not expect myself to play, especially because I am playing this week. Considering how well we have played during this year, I expect us to have a good chance of winning; although, Boston is a very good team.
6. Give us the inside scoop on the UTD chess team. How cohesive are the chess players there? Are you all close friends? Do you study together? How regimented is the chess training?
Since I just arrived at UTD as a freshman, I have not had the opportunity to get to know everyone very well. Many of the players room together so they are fairly close. As for the studying and training, well, we will just keep that a UTD secret.
7. Describe your preparations for USCL games, including, but not limited to: opening preparation, pre-game superstitions, and interactions with teammates.

For the most part, I usual just prepare for the opening and brush up on some tactics. I am not a very superstitious person, so I cannot say that I have any pre-game ritual.

8. Are there any openings that give you special pleasure to either play or play against?

Since I have been an e4 player my entire life, I enjoy common king pawn lines, such as the Ruy Lopez. Oddly enough, I usually do not have the opportunity to play this as white, but rather as black! It is probably the only opening that I play from both sides of the board.

Even though the ending is draw-ish, I consider myself to be a pretty good rook endgame player. I suppose an example of this would be from the recent UTD-Belgrade match where I was able to draw the ending down a pawn, after I won it back (although, and to his credit, he hung another pawn and was able to draw me!).

I cannot say that I truly dream of chess but more so daydream. I am still looking for my first win over an IM or a GM and that is a constant thought. Even though I am a master, I have yet to beat anyone over 2350, which is rather unusual.

11. How obsessed are you with chess? In an average week, how much do you study, play and think about chess? When you study, what exactly do you do? If you could choose to be more or less obsessed, would you choose either and to what extent?

For about the past year, I have not consistently studied chess. In general, I limit my chess time to playing online and playing in weekly tournaments (so maybe 6-7 hours a week?). Since I usually only study the week before a tournament, I focus mainly on tactics to keep myself somewhat sharp. I wish I could devote more time, but as a college freshman my education comes first.
Posted by Elizabeth Vicary at 11:49 AM

The kid comes through for Dallas!! Great job, Destiny!!!!