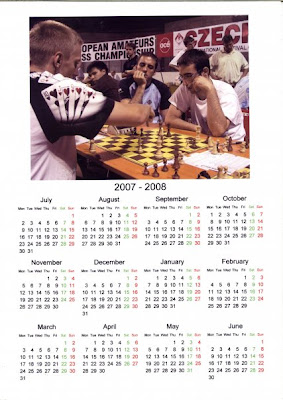 1. Quickie questions! What’s your favourite:
a. Fruit? strawbery
b. Vegetable? potatoes
c. Ethnic cuisine? Serbian
d. Breakfast food? omelette
e. Drink? Sweet tea
f. Dessert? Cheese cake
g. Classical composer? Mozart
h. Painter? Picasso
i. Novelist? Dan Harrington
j. Foreign Country? Czech Republic
k. Geographic land formation? seaside
l. Type of pie? Banana cream
m. Chess piece? rook
n. Color? blue
o. Musical instrument? keyboard
p. Word? Shipping
q. Person? Marina Lupik
r. Calendar Year? 2007
s. Piece of clothing? T-shirts
t. Holiday? New year
u. Day of the week? Friday
v. Quality in yourself? workoholic
w. Season? Summer
x. Saying? – lets bumble
2. Ilya Krasik of the Boston Blitz recently remarked, “I am only looking for motivational material, it isn’t easy to find these days, Dallas players are a reserved bunch.” Are you going to let Ilya insult your team like this? What do you have to say in response? Something really rude, perhaps?
Well, I don’t really know who this person is (Ilya Krasik). Larry Christiansen and Eugene Perelshteyn are great players, and that’s definitely their advantage over us. (Or could have been their advantage --EV) If four players like Ilya Krasik played against Dallas, they wouldn’t score more than ½ point. hahaha.
3. You will be playing Larry Christensen in the final. What do you think of him as a player? What do you see as his strengths and weaknesses? What opening do you expect? What would you guess will decide the result of the game? How do you estimate your chances?
He is amazing player, and I have the most respect for him. He was coaching UTD last year when we were preparing for the final four, and that was the only time I’ve met him. He’s a great player and knows so much about chess. I’ll be honoured to play against such a strong player. And he beat Karpov in 12 moves! I’m hoping not to lose the game, draw would be solid.
4. Describe your preparations for USCL games, including, but not limited to: opening preparation, pre-game superstitions, and interactions with teammates.
Sounds unbelievable for some people, but there wasn’t a game I’ve prepared this season. Usually I run or play racquetball before the game, that’s my only preparation. My teammates can vouch!
5. How much do you care about the result of your game? About the result of the match? Would you rather play a horrible, horrible game but Dallas wins or the best game of your life but Dallas loses?

Every chess game I play, I try to win, and I care about result. And, since it’s a team competition, of course I want my team to win every match. Like basketball players, if my team wins, and even if I play bad, I’ll be happy.
6. How do you envision the bottom three boards going?
I think we have advantage on board 3, where Jack Stopa has white, and we are hoping that he will win. Draws on boards 2 and 4 would be good for us, so I have to make a draw and we’ll win easily J
7. The last two finals have been won by teams who did not have a grandmaster on board one. Do you think this is a coincidence, or could it be that the small rating advantage conferred by having a player over 2590 is outweighed by the advantage of stronger lower boards?
The problem with having a GM is that it has to be compensated by playing weaker player on lower boards. Our team is solid on every board, and that’s our biggest advantage.
8. Let’s talk about your game with Becerra. Exactly how happy did you feel afterwards? How long did the euphoria last? Tell us about the game: how much was opening prep? What did you feel was your best move? What was his first mistake? Biggest mistake? How scared were you when you sacked the exchange? When did you know you were going to win?
I was so happy after I won the game, cause I lost 3 games before, so I needed to win to return my prominence before finals! The euphoria lasted next couple of hours, and when I saw that I won the game of the week, the euphoria returned again. It’s still on. As I said earlier, I don’t prepare for games ( I’ll have to do it for Larry). I think my best move was sacrificing exchange in the middle game for compensation, which lead to a very complicated position, and, at the end, victory which made me the happiest man in the world at that moment. I don’t think I’ve made any big mistake in the game. I wasn’t scared when I sacrificed the exchange, because you can’t be scared and expect to win. So, I saw it, and had a feeling it’s gonna be successful.
9. Who are your favorite and least favorite USCL opponents and why? (You may answer individuals and/or teams)
There are no favorite and least favorite opponents for me !! I like playing against strong players and trying to win against them!
10. If you had to play for/ manage a different USCL team, which would it be and why?
San Francisco, because there are some nice beaches over there
11. Are there any openings that give you special pleasure to either play or play against?
I enjoy playing accelerated dragon for black- that’s my favourite opening. I like playing against the English too.
12. If you had to pick name on type of ending that you are especially good at, what would it be?
Knight and bishop endings
13. Which are your top five chess-related websites and why?
I check www.fide.com , www.uschess.org, Jonkman’s tournament site, and www.serbiachess.net (Serbian chess federation). That’s all I can think of now.
14. Which chess player (living or dead) do you admire the most?

Bobby Fischer and Garry Kasparov
15. If Bill Gates gave you $500,000 to organize a chess tournament
a. where would you hold it, - Caribbean
b. what format would you choose, - round robin, 8-10 players
c. who would you invite, and – top 5 players in the world, close friends of mine, Viktoria Beinoraite, and myself
d. what, if any, special rules would you impose? – you can drink up to 6 drinks ( alcoholic ) during the game. Every next drink your opponent loses 5 minutes on clock- I bet games would be interesting.
16. How obsessed are you with chess? In an average week, how much do you study, play and think about chess? When you study, what exactly do you do? If you could choose to be more or less obsessed, would you choose either and to what extent?
I’m not really obsessed with chess, I haven’t been studying it lately. I probably should more, but there are just so many other thing on my mind these days…I usually look at openings I play, or just look at top GMs games. I prefer staying the same like now about my obsession with chess. I’m happy.
17. What are you studying at UTD? What do you hope to do with the degree when you finish? Are the classes what you expected them to be? Is American college life what you expected?
I’m a senior majoring in business administration. American college life is exactly like I thought it would be- no pressure- great! I had troubles just with couple of classes so far. I’m thinking about gong to grad school, and I’ll have to make my decision very soon. I’m still young lol

18. Do you think American girls are easy?
Noooo, no way. European girls ( primarily Czech and Russian) is where it’s at right now.
Posted by Elizabeth Vicary at 5:22 AM

The dumbest thing i ever heard even though i realize it was meant as a joke, its like me saying that Dallas will have mrs Zorigt playing on bds 1-4 vs our best team.

So.... how to explain... Greg Shahade's comment has been deleted at his request following the reintroduction of the last sentence of DB's answer to question two. Let me point out that in the question I explicitly beg and Ilya implicitly asks Boskovic to talk trash (Or at least Ilya asks, given the way I quote him to construct the question).

LOL, keep it coming Dallas, I'll talk to you after Wed night, when you are all crying and licking your wouunds.

I hope Dallas plays chess better than they trash talk...lol

Hey Dallas players, if you are so big on your Board 4, and think she is so great blindfolded and stuff, care to put some money on this game?? Or are you guys just talk??

It's funny to hear the low boards on this team talking trash when they have GMs playing on boards 1 and 2. Come here Krasik and clean my closet.

ilya, my comment would probebly get deleted if i said what i think you are.

ilya is my favorite USCL player, the league would be no fun without him!

Ilya Krasik and Mark La Rocca (both fine chessplayers I might add, just as good as Liz Vicary) are both victims of Liz Vicary's narcisism!

I think the point is that I am not even playing this Wed, but Vicary needs sensationalism, so she twists my words around, says i insulted Dallas ( i guess "reserved bunch" is an insult) and feeds them to Dallas players who make all kind of abnoxious comments to me... This is supposed to be funny and supposed to create pre-match controversy, kinda like boxers who bark like dogs before the fight and try to get into a scuffle at weigh in, we are all just doing our part in this little game, so no need for outsiders to get upset with me, vishank i dont know you so feel free say whatever the f..k you want, it makes no difference.

I would suggest rewording question 11.

yo i think we all need to forgive one another and forget and move on this shit is stupid and its gunna be over tommorow anyway, that goes for brad/ilya ilya/vicary me/vicary vicary/larocca everyone just stop chill and forget about it move on, jesus.

I am a Yellow Journalist!

But I didn't mean to offend you Ilya, I'm very sorry, I thought from your comment on the USCL site that you wanted some trash to be talked! It was all just a joke-- I didn't think any one would perceive "Are you going to let Krasik insult your team like this?" as a serious question.

Chris's suggestion sounds very mature and reasonable to me. I'm definitely not upset or angry with anyone. Sometimes it's just hard to resist cracking a joke when the opportunity arises.

Anonymous, how would you reword question 11 and why?

LOL, Chrissy, GO BLITZ. No response from DALLAS to put money on their bd 4, I guess they have no confidence in her, which is what i thought.

Ilya, is something wrong with you man? You really seem to care way too much about the result of this match. Chill out man, take it easy, ok? :)

Ok, ill try to chill out , but Dallas came came out with this blinfolded simul statement, so i decided to call them on it, why cant i joke too?

I know Drasko, and every time he talks trash, like that blindfolded simul statement, he's really joking. He makes even more outrageous jokes with his best friends! He's a funny guy. And since he doesn't know you, you don't have to take his words personally.

I prefer to sound serious when i am joking, so that no one knows whether i am joking or not. That not knowing borderline is what makes the joke funnier than if it were completely obvious that i am joking, get it?!

I really feel this last comment is mind-warpingly brilliant.

Question 11 just seems badly worded. I know there are some special openings that give me pleasure, and I'm not talking about the exchange slav.